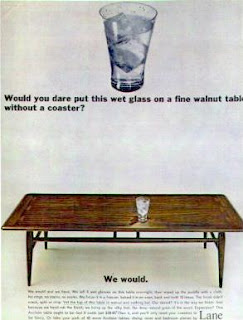 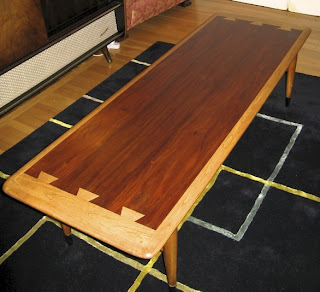 As mentioned in an earlier post I have a fondness for Lane furniture. Launched in the early 1960s, the Acclaim series was America's competition to Danish Modern. I recall a conversation I once had with an older gentleman at an antique mall in the East Bay who mentioned that his first apartment in the late 50s/early 60s was furnished by Lane. I assume Lane's combination of affordability and durability made it the perfect choice for this fellas bachelor pad back in his hay day.

A while back, David & I found this gem at the Alameda Flea Market. With David's gift for haggling, we were able to get the dealer to reduce the price by $50. Not a huge savings but enough to make this purchase a little easier on the wallet. After a weekend spent touching it up, it looks almost new.

Here is what others are saying about my buddy Lane.

In both case, outcomes are unpredictable irrespective of what number of} games have been performed, how many of} wins or losses have occurred, the speed at which a recreation is performed, the guess amount or kind, and 실시간카지노 so forth. Playing on a gambling machine is taking part in} a recreation of probability. There are sometimes many hundreds of thousands of various attainable outcomes of a recreation.